How can we help you today?

What is Ranking Level? Print

Refer to the Figbelow on how these criteria can be defined in the system. 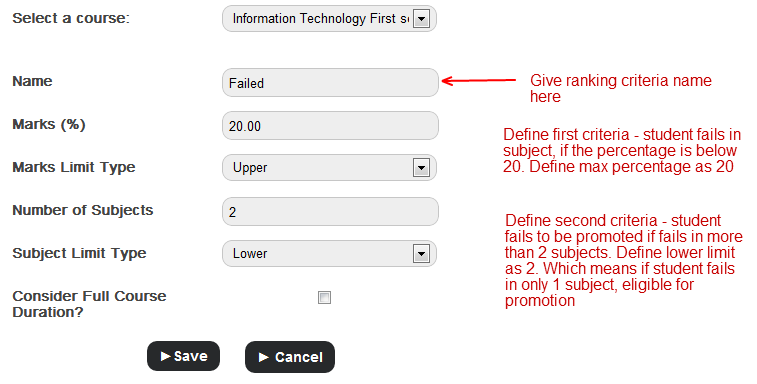 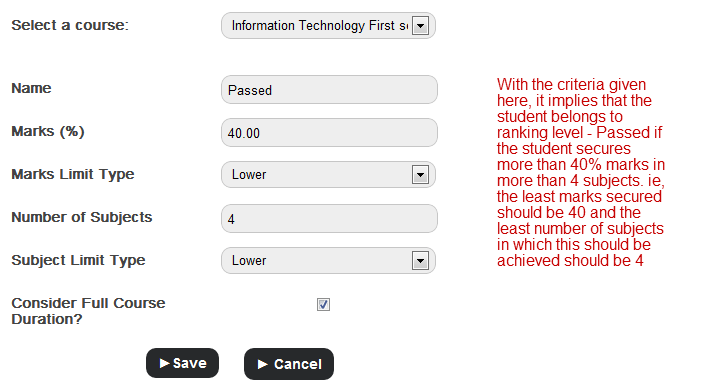 Fig 3 shows one example to set the ranking level. Here there is an option to check consider full course duration, if the option is checked, it implies that the Ranking level defined is applicable to the whole course. The user need not set the ranking levels again for other batches in the same course.

Did you find it helpful? Yes No

Send feedback
Sorry we couldn't be helpful. Help us improve this article with your feedback.